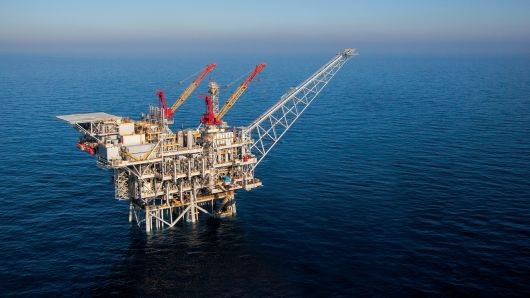 The use of natural gas has grown immensely in its popularity over the past several years. Many countries employ companies to regulate their infrastructure and energy consumption. Mass natural gas fields, namely the Leviathan gas field and the Tamar reservoir, are located off the coast of Israel. The discovery of these fields has provided economic opportunities for Israel through oil drilling and gas distribution. A major conglomerate of this resource, known as Delek Drilling, leads Israeli energy production and exchange.

Israel previously relied on the importation of natural gas from outside sources. Securing energy had become a concern of the government and the general population. However, policymakers were determined to pursue petroleum exploration and they eventually proved to be successful. The discovery of gas reservoirs prompted the government’s investment in natural gas for environmental, financial, and diversification benefits. The reservoirs quickly became sources of energy and continue to exist, composed of hydrocarbon fuels that are a valuable component of energy utilization.  Wells are drilled and oil and gas are extracted in large quantities for sale, and the gas is then delivered as a source of electricity. The natural gas reserves function to provide energy to Israel and fulfill the country’s high demand for energy, and the reserves prompt financial gain through the distribution of the oil. Natural gas is a valuable source for electricity generation and proves to be profitable and secure in the new natural energy market. A select number of drilling partners who have made valuable investments delegates this commercial production of gas and oil.

The handful of drilling companies that have invested in Israel gas and oil production have flourished. When the government decided to divert natural gas production and distribution to the private sector, a market evolved for its industrialized utilization. Independent renewable energy producers now direct both the upstream and downstream energy markets. The upstream sector involves the exploration of land in search of natural gas as well as the access to natural gas through drilling and related operations. The downstream sector involves the purifying and refining processes necessary for oil production and the distribution of natural gas products. A midstream market also exists as a medium between these two sectors. The midstream industry processes and stores natural energy resources and determines the specific markets available. These petroleum production industries are led by companies that desire investment in profitable markets with a secured assurance of success. These dominant companies target specific exports in Jordan and the US as a source for sales. Standardized processing plants guarantee high-quality products that are desired by those in need of natural gases.

As a country believed to have a limited supply of natural energy resources, the discovery of gas fields and oil reserves has drastically changed the economy in Israel. The mass extraction and production of gas and oil products are controlled by drilling companies that have invested a great amount of time, money, and resources. These investments have proven to be healthy and secure in light of the vast amounts of natural energy resources available.