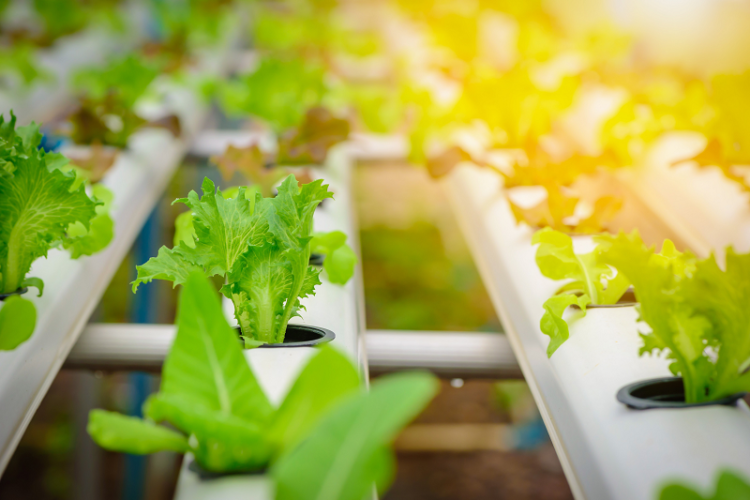 As the world population increases and abundant farmlands are on a decline, people are turning to new technology to grow food. Hydroponics is a great example. The fastest growing division of agriculture, hydroponics could easily command food production in the future.

Hydroponic farming (understood as “water works”) has been around since the middle ages. Many developments over the years have made it far more efficient and affordable.

According to a report by the United Nations Development Program (UNDP), this technology has been explored since 1984 in Colombia, and introduced in 13 other countries that face harsh environments. The United Arab Emirates is one such example.

Over recent years, farmers are growing crops not only in the dead of winter but also the in the heat of the desert. 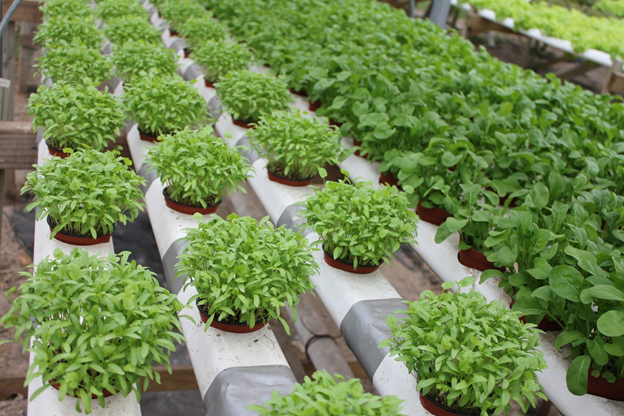 So, how does it work?

Essentially, hydroponics is growing plants without soil, using water infused with nutrients and minerals. As a fact all plants need the basic air, water and sun combination to grow. Hydroponics allows for this without soil. Hydroponic Farms involve growing crops in hollowed pipes known as gullies which allow for them to be designed to maximize crop production. The nutrients and water are delivered directly to the roots, plants absorb nutrients as ions in the water, and rely on an accurate control of electrical conductivity and PH levels. This allows for complete control, ensuring that every single plant is healthy and grows quickly, resulting in higher yields and more frequent harvests.

The water savings hydroponic method results are a little short of dramatic. For example, to produce one kilogram of lettuce, it requires a little over 20 litres of water, while traditional methods are said to use almost 400 litres. Other prominent benefits of hydroponic growing systems include crops grown in controlled environments (control of pests, nutrients and attributes required for optimal plant growth) and ability to manipulate conditions to maximize production in limited space (vertical gardens). Further the finished products undergo the LFGB food standard test for approval prior to reaching the market. This renders the technology as having both the economy of scale and scope which invite opportunities of investment.

What does this mean for the United Arab Emirates?

With its dry desert climate, the United Arab Emirates may seem an unlikely place to find row upon row of succulent lettuces growing for the dinner tables. Yet there are farms in the country where these leafy vegetables are successfully being grown, although the methods used are often far removed from traditional agriculture. The secret is increasing investments in hydroponics.

Over the past decade, the method has become increasingly popular in the Emirates, because it helps save water, one of the country’s most prized resources. There are other benefits, too: not only do plants grow quicker, you get more of them from the same amount of land.

Moreover in a country where 90% of food produce is imported, practicing hydroponics could be a significant step towards making farming flourish in the UAE.

Pegasus Agriculture, one of the largest owners and leading operators of hydroponic farming facilities in the Middle East and North Africa (MENA) is eyeing to be the region’s largest distributor of hydroponic locally produced food in the near future with a vision to provide food self-sufficiency in the region along with obtaining a higher rate of water conservation.

With their head office strategically located in Dubai, UAE, Pegasus Agriculture group reviews its commitment to continuous investment in hydroponics in the region and is currently planning new farms to add to their already built and successful portfolio of farms in Dubai, Abu Dhabi, Oman, Bahrain, Egypt and Saudi Arabia.