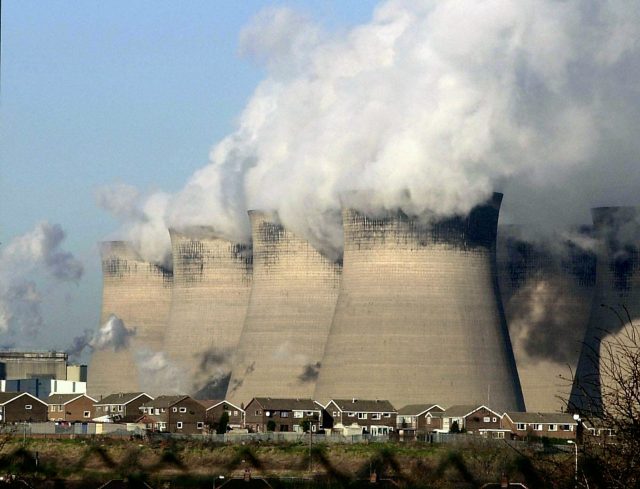 At this point, climate change is very much a present threat that cannot be ignored.To do so would be inherently damaging — not only to the individual, but to society, to mankind, and to the entirety of life on Earth.

It may sound dramatic in those terms. But the stark fact is that it is dramatic. The impact of climate change upon the planet will be nothing short of colossal-scale dramatics, for every living creature here. Even Bill Nye, who holds a place in the hearts of Americans akin to how British people embrace Sir David Attenborough, isn’t sugar coating it.

“By the end of this century, if emissions keep rising, the average temperature of the Earth could go up another four to eight degrees,” Bill Nye said on Last Week Tonight.

Meanwhile, Sir David Attenborough’s appearance onClimate Change — The Facts allowed him to deliver the difficult truth in a raw and uncompromisingly clear message: that global warming is the greatest threat the planet has witnessed in thousands of years.

It’s terrifying, but for the moment, it isn’t irreversible. The world’s governments have, by and large, agreed to cleaning up their emissions and waste in recent years. We’re recycling more and looking at renewable sources of energy. We’re removing single-use plastics from our supply chain and swapping our energy-inefficient appliances for more eco-friendly options, such as condensing boilers and energy-saving bulbs.

The question is whether or not we’re seeing an improvement at all from our current efforts. One way to gauge improvements is via the air quality statistics report released by the Department of Environment, Food, and Rural affairs (DEFRA).

What impacts the UK’s air quality?

Before we look at the specific elements that are monitored for air quality purposes, it is important to understand what has an effect on the UK’s air quality. We all know pollutants from vehicles and fossil fuels are a prime contributor to dangerous emissions and poor air quality, but other factors can also affect our air quality, such as:

What’s in the air?

Particulate matter in the air is grouped in two ways: primary components, which are released into the air from a source directly (such as pollen from a plant), and secondary components, which are created by chemical reactions in the atmosphere, (such as sulphate, which forms when sulphur dioxide oxidises in the air to create sulphuric acid, which then reacts to ammonia to create ammonium sulphate in the air).

Generally speaking, small particulates in the air are considered to be harmful to human health. There is evidence to suggest particulate matter with a diameter of 2.5µm or less is particularly harmful; carbon and trace metals in the air, for example. These particulates have been linked to respiratory and cardiovascular illnesses.

According to DEFRA, the levels of urban background PM10 pollution has reduced considerably between 1992 and 2018. The most dramatic fall was between 1992 and 2000, with an average yearly reduction of around 1.6 μg/m3. However, the increase in PM10 between 2017 and 2018 has been noted as “statistically insignificant” by the report.

Like PM10, PM2.5 refers to particular matter polluting the air around us. It is measured the same way and covers particulates with a diameter of 2.5µm or less. Basically, these are some of the smallest particulates in the air that the country monitors. Like PM10, PM2.5 can come from manmade or natural sources and can be primary components released directly from the source to the air, or secondary components formed from a chemical reaction within the air.

Some examples of these tiny particulates are:

Similarly to PM10, PM2.5 is bad news for respiration. These tiny particles can cause, as well as aggravate, respiratory diseases, cause plaque deposits in the arteries, and even lead to heart attacks or strokes. PM2.5 tend to stay in the air much longer than PM10 due to being lighter, which means people have a greater chance of inhaling them. Plus, as they are so small, the nose and lungs are not always able to filter them before they reach our lungs. The elderly and children are particularly vulnerable to this.

PM2.5 has decreased for urban background pollution compared to 2009, with the average yearly concentration of 9.5 μg/m3 in 2017 the lowest in the recorded range. As with PM10, the increase between 2017 and 2018 is seen as “statistically insignificant”.

DEFRA notes that NO2 can inflame the lungs, damage how our lungs work, and aggravate the symptoms of asthma. NO2 also has an adverse effect on crops and vegetation.

NO2 levels have indeed reduced in the long term (since 1990) as well as in recent years within the UK. In particular, there was a rapid decrease in the amount of NO2 in the air between 1992 and 2002, with an average yearly reduction of around 2.7 μg/m3.

O3 is ozone, and like NO2, it is measured in μg. No doubt we’ve all heard about the ozone — it protects the Earth from ultraviolet rays from the sun, and it is being destroyed by manmade emissions. Ozone is a good thing, we’re all told.

Well, yes and no. As AirNow explains, when it comes to ozone, it is “good up high, bad nearby”. Essentially, when ozone is high up in the planet’s stratosphere, it’s good. It’s protecting us, and we’re also not breathing it in at this level. But at ground level, (the troposphere), ozone is bad news for people and plants alike.

O3 created at ground level is usually created by chemical reactions between nitrogen and volatile organic compounds, which in turn, come from industrial emissions, vehicles, and solvents. It is particularly prominent in the summer months, as these chemical reactions occur under the heat of the sun.

Breathing in high concentrations of O3 at ground level can cause:

It also damaged crops and makes plants more susceptible to diseases and pests.

No — the levels of urban background ozone pollution have been increasing over the long-term, though DEFRA notes that the last decade has been “stable”. Between 2017 and 2018, the concentration of O3 increased from 58.3μg/m3to 62.8 μg/m3. There are a few reasons why this increase may have occurred:

When it comes to emissions and air quality, the UK is certainly seeing improvements in most areas. We still have a lot of work to do, particularly with our O3 levels. We also need to take drastic action in other climate change-causing behaviours, such as waste and recycling.