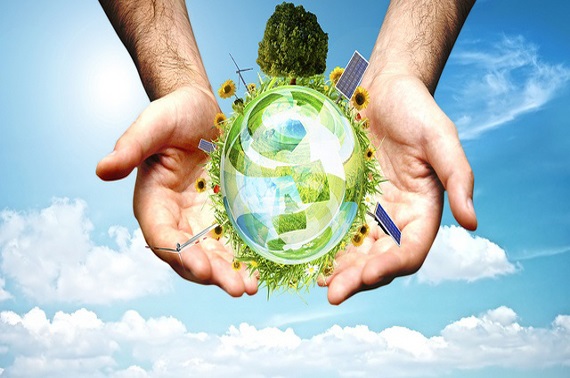 Statista estimates that more than 258 million metric tons of solid wastes were generated by Americans in 2014. Approximately 87 million tons of these materials are either recycled or composted, which is roughly equivalent to 34.4 percent recycling efficiency.

This means that an overwhelming 65.6 percent of garbage either end in landfills or pollute the environment such as the plastics that are accidentally dumped in the ocean and eaten by marine organisms like sharks and turtles.

Despite best efforts by the government and private entities, 100 percent recycling efficiency remains elusive. However, technology development in the area of sustainable waste management is making some significant progress.

EPA recommends three ways to solve the garbage problem: reducing source of waste, recycling and composting. The first strategy involves the creation of products that are sustainable in terms of possible reuse and recycling. Products that are biodegradable, long-lasting and non-toxic are preferred.

The second strategy is all about converting waste into other products. Many types of wastes such as paper, glass, plastic, and metals can be recycled. Recycling is actually a big business that it in 2017 alone, the global revenues of the recycling industry was estimated at $265 billion.

The third strategy of solid waste management is focused on biodegradable materials like food scraps and yard trimmings. The organic materials can be stored and allowed to decompose naturally and later used as fertilizer or as biofuel. Some commercially available biogas units can be used in homes and turn organic wastes into cooking gas.

The system includes a patented membrane dehydration technology and it can convert agricultural wastes into biofuel. According to B&E officer Richard Mason, they have decided that Greenbelt’s technology is the best-suited system for their bioethanol projects. B&E can use the system to convert various types of organic waste without the need for modifying existing technologies.

Meanwhile, other companies like Arrow Electronics, Inc. (NYSE:ARW) are focused on reusing and recycling electronic products. The company is engaged in selling refurbished computers. It also formed two small technology recycling and recovery companies, Redemtech and TechTurn, for its tech refurbishing business.

Sustainable waste management strategies can be realistically and efficiently implemented both in small-scale and large-scale levels. It is all about optimizing the available methods and technology.